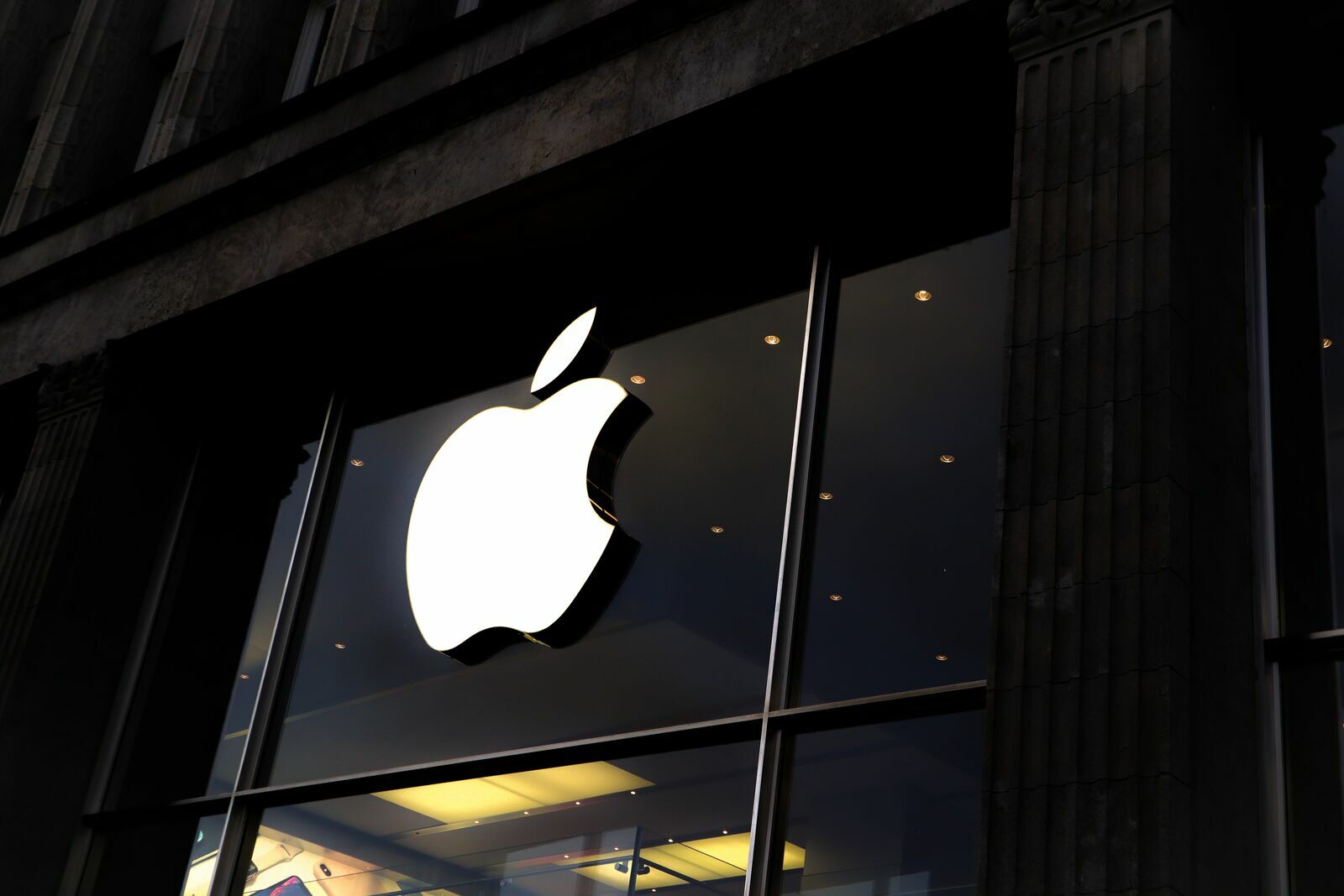 Apple App Store has become one of the most wanted mobile marketplaces among the world's developers, and now daily numbers of new application launches reach almost 1000. 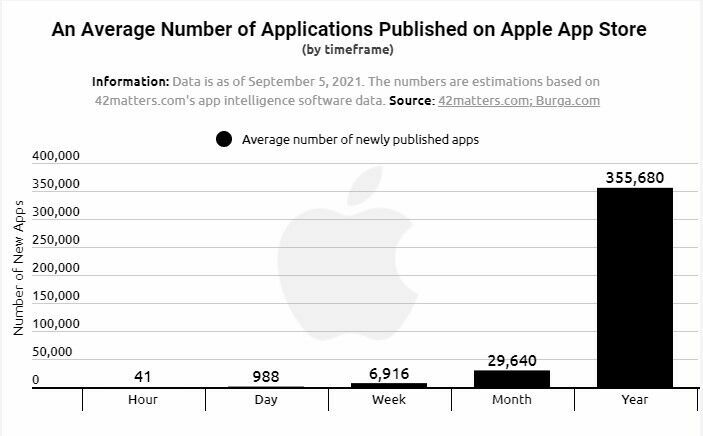 The estimates further indicate that developers are publishing roughly 355,680 apps on the App Store per year. However, as expected, they do not fall in one category. 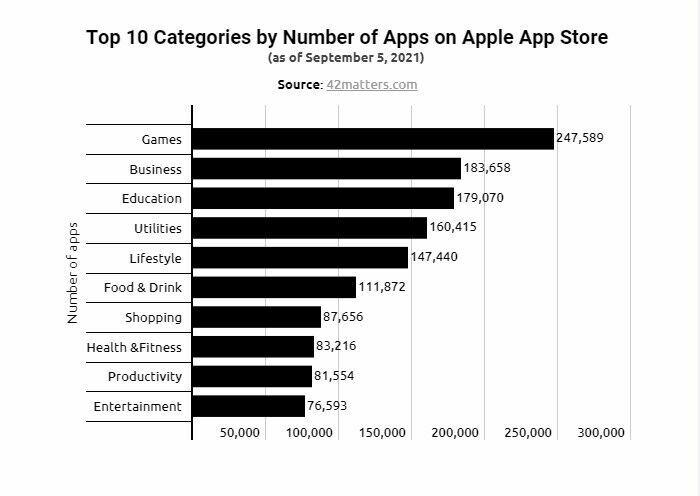 Mobile app intelligence platform 42matters provides data on the number of apps on the App Store. It showcases that the top 3 categories, which hold most of the launched apps, are:

Although entertainment is a significant part of the marketing and social industry, it comes in 10th place with 76,593 apps in their category and showcasing the 170,966 apps difference between the 1st and 10th categories of the Apple App Store.

The amount of daily new apps introduced to the Apple App Store showcases developers' interest in the Apple Market. Apple is a global brand, allowing the creators to share their apps with an international audience. This easy access to the worldwide market allows developers to introduce their products without geographic limitations.

However, the app creation and publishing depends on the user's needs, and without demand, a large amount of supply is not needed.

It is worth noticing that the current data about new applications come in the wake of the Covid-19 pandemic. And as the world had to face worldwide restrictions and quarantine, it created an unprecedented demand for apps.

Smartphones became everyday companions for many students who needed to adapt to an online school. This also transferred most teaching material to their smart devices. The shift from in-school and online teaching explains how the education category found its way into the top 3 in the Apple App Store.

As the world embraced the no contact approach for many of their lifestyle choices, the app developers and businesses concentrated on helping their customers achieve that by providing more shopping and food delivery options.

Apple has introduced new regulations to improve the standards and quality of their App Store. For instance, the platform has recently removed old apps that are no longer compatible with new versions of the iOS, apps that copy other apps, and those that provide tools that the iPhone does not need, like antivirus.

Despite this, the number of new applications remains high.  However, the new regulations ensure that the apps' quality improves, making the experience for Apple users even better.

It is also worth mentioning that although daily app numbers are high, the platform itself is not free for app developers. Apple takes 30% of many digital in-app purchases, which caused a backlash from the creators.

However, due to the backlash and to create a safe space for small businesses that could improve the App library with new and innovative apps, Apple introduced an App Store Small Business Program. It reduced the commission to 15% for developers that earned up to $1 million a year.

Why games are the leading App Store category

Burga's research shows that the games category is the biggest in the Apple App Store and has 63,931 more apps than the business one. The growing interest in mobile games has prompted the developers and game creators to put more resources and create or adapt well-known stationary games into mobile versions.

As the pandemic caused more people to stay at home, the need to find additional ways to entertain themselves became more prominent, prompting the app creators to create even more ways for customers to do so, resulting in the increased number of released games.

And although devoted gamers may spend more on in-app purchases, casual gamers tend to move one from one game to another rather quickly, thus increasing demand for new game apps. Therefore, developers are doing their best, resulting in the first place for games in the Apple App Store.

Finally, it can be said with confidence that Apple App Store is an attractive platform for the developers, allowing them to share their work globally. The number of new apps increases daily, and Apple can find helpful and new creations every second. And as Apple constantly monitors the uploaded content, they create a safe space for their clients. 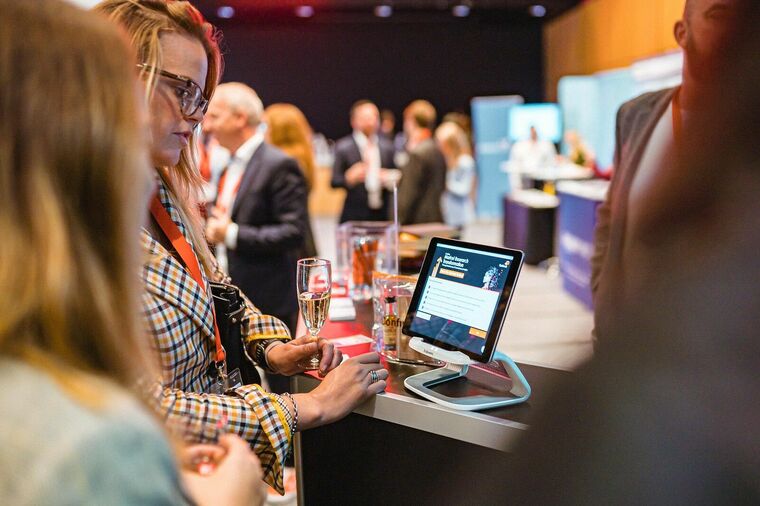 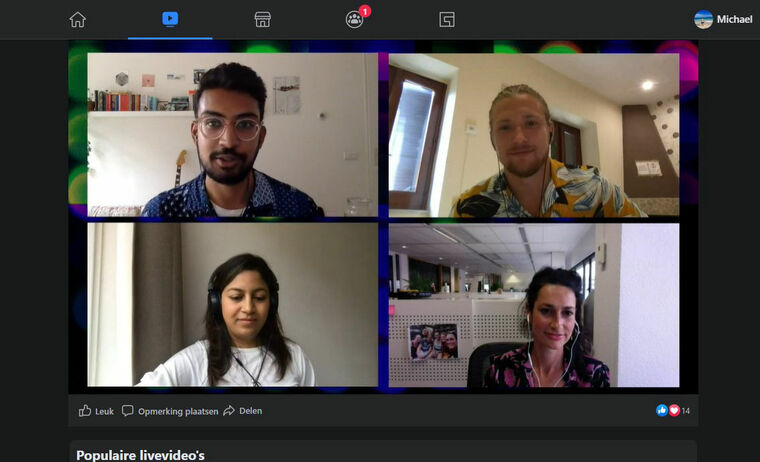 The importance of flexible working