Your surveys, your data, your clients are being affected in ways that we’ve just begun to uncover. 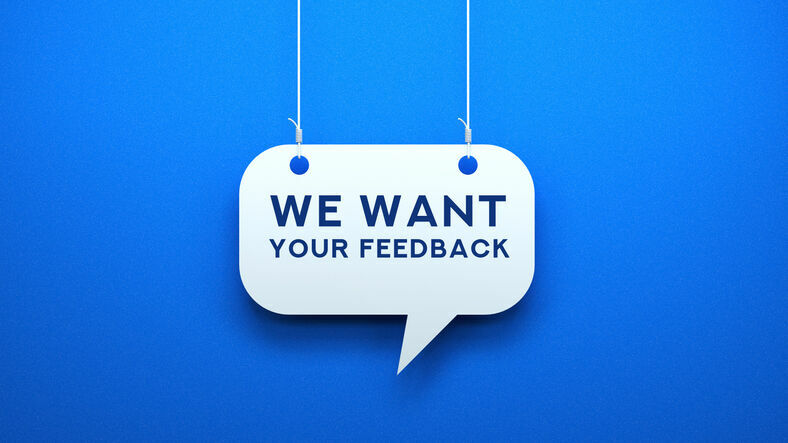 What a path of discovery Quest Mindshare undertook in 2021, as we started investigating how certain types of data were affected during the course of a typical online survey.  From the Quirk’s Virtual Global Event (February 23) to a final wrap up last week with ESOMAR, but this won’t be the last you hear on the topic from us. As Quest’s co-founder and Managing Partner Greg Matheson mentions in his opening statement, the ESOMAR Webinar is indeed our final installment in our reporting series for 2021. But data quality and how it changes for “longer” surveys is a “forever question” in our minds, with so much more to look into in 2022.

Our primary mission at the outset was a simple one: as the length of an online survey increases, what happens to respondent engagement and data quality?  We found no definitive work the market research industry had completed to address this question.

To be clear, we are not attacking “long” surveys.  Quite the contrary! Long surveys have a necessary place for so many research applications which require an extended respondent engagement.  They are not going away, and we don’t advocate they should.

What we want to do is better understand what happens for respondents and the answers they provide during surveys to arm researchers with more knowledge about relevant issues for data quality and reliability. For example, that could mean developing a metric as direct as “data collected at the eight-to-ten minute interval in a typical consumer survey is 4% less accurate than data collected at the six to eight minute interval for rating and ranking questions”. Or it could end up being something entirely more complicated and different.

We pursued our investigation using a consumer primary grocery shopper survey, following these steps consistently across the waves:

1.    Members of Quest’s online U.S. consumer panel were invited to the survey, qualified for “regular grocery shopping for the household”, and balanced to the demographics of a representative national sample for this population

2.    Categories for usual purchases were recorded, such as “milk and dairy” and “fruits and vegetables”.

3.    A “measurement battery” of four questions was asked about a minute into the survey, and then at later intervals, randomizing which of the categories were presented as the subject for the four questions.

5.    The primary goal was to focus on how engaged the respondents were – the amount of time spent for the overall section and per measurement question, as well as the number of words and content for open ends, as respondents progressed through the survey.

Our most recent wave

For wave 4, we had a lot of data from earlier waves to compare.  For the purpose of the webinar presented recently, we focused on one key indicator of respondent engagement, attention being paid to the survey as measured by the time spent answering our “measurement battery” questions at different points of the survey, considering this an imputed analog for data quality. Our definition of “data degradation” based on this approach is the difference in time measured for respondents answering these specific questions earlier vs. later in our grocery shopping survey.  As you’ll see, the “falloff” in time spent earlier vs. later is significant overall, and more so for certain types of questions vs. others. While this is just one view of the results of our several waves of the survey, it’s the most direct and demonstrable comparison, we believe, based on our goals for this research on research.

As described, our “measurement battery” was presented at about one minute into the survey, asked about one type of food category “purchased regularly”, then shown again at about seven minutes for a different category.  First, we saw specific and consistent drop off in time spent for the four “battery questions” across all our surveys: The graph above shows comparing each wave for the time spent for the battery of four questions - the left side for the earlier measurement at one minute into the survey and the right side same colored bar for the same battery at 7 minutes in.  As the comment in the slide mentions, the result for the waves was consistent – about 25% falloff in attention across the four questions.  Not conclusive, but compelling – we expected greater variability across the waves for the decrease in answer time but saw very consistent drop off for the four questions together. What did we see for the parts making up that 25% drop off whole? A couple of the question types didn’t show dramatic change (i.e.) comparing the length of the blue bar to that of the orange bar.  The rating and multi-select questions weren’t significant for the lesser time spent between the first and second measurements.  They declined, but not enough to warrant particular concern. The ranking question and open-ends showed much more significant changes – the time spent answering at one minute and seven minutes was a much greater decline for these question types.  The open ends, in particular, were the big story – again, consistently across the waves of research. 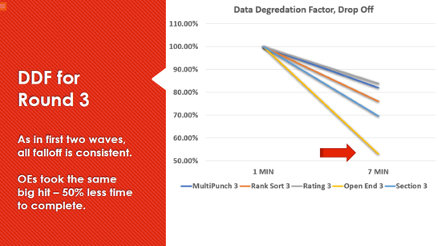 Our preferred way to represent DDF, our “data degradation factor”, is to set the time spent initially for each of the question types as 100%, at the first measurement point a minute into the survey.  Then to compare the percentage drop-in time spent by the second measurement at 7 minutes.

The important result is the open ends – from the bar charts shown earlier, you’ll see respondents spent on average of one minute answering the first open end.  By seven minutes into the survey, that declined by half.  From one minute to thirty seconds, for a similar question but a different subject, so a “familiarity factor” doesn’t account for that, in our opinion.
The consistent results across four waves show us we’re losing respondent’s attention after a few minutes into a typical quantitative grocery shopping survey for questions that require more thinking than others.  Easy questions such as rating or multi-select?  Not too bad, still lesser attention but not worrying, right?  But when you ask respondents to do more, after just a few minutes, you start to lose their attention.  Wow, we said.

That result was what we saw after the first survey, so we did that survey again, and again, and again for our four waves to date.  With the same result, the same degree of attention loss and “DDF”, each time.  More wow, we said. 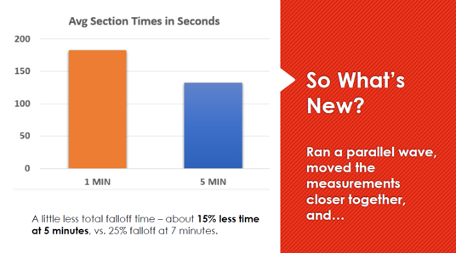 What did we do for our “new fifth wave?”  Based on a suggestion from an audience member in Chicago, we decided to see if the DDF drop off was happening even sooner than seven minutes into the survey – “move the second measurement as close as you can to the first” they said, “and see what happens for DDF then”.

We conducted a parallel wave alongside our fourth wave replication of the initial research – separate but using the same survey other than removing some questions between the measurement batteries.  Doing so, they were presented at one and five minutes into the survey.  Overall, we saw about 15% drop off for the four-question battery total time spent (vs. 25% for the one and seven minute comparisons for the main research). 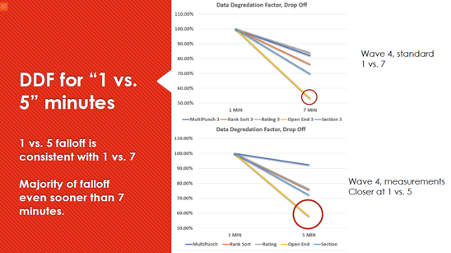 Showing the two latest waves (i.e) four and five next to each other, the open end drop off is surprisingly similar, almost linear.  Most of the open end DDF happened by five minutes into the survey, and if you extend the line showing DDF to seven minutes, it matches really closely to our separate wave measuring at one and seven minutes.  I call this a confirming fifth wave, really – we’re seeing just the results expected if the DDF drop off happens early, and then is measured further in the survey.

Our bottom line, for now

Everything we’ve done has shown consistent (and frankly, somewhat troubling) answers to our original question.  Respondents’ attention is waning early in a survey that shouldn’t be taxing.  The “more difficult” questions are showing more decline in time spent answering.  This has serious implications for survey design and expectations for respondents participating in “longer” surveys.  Your surveys, your data, your clients are being affected now in ways that we’ve just begun to uncover.

We’re not done with this investigation.  We’ve received numerous suggestions about other avenues to channel our further research for this topic. For example: Would audio or video open end capture mitigate the data degradation seen with written answers? Are questions like Rank Sort, a more “engageable” respondent exercise, immune from data degradation? What about other audiences (beyond those primary grocery shoppers), other topics, different incentives, other countries besides the U.S.?  What about B2B? So many possible avenues to extend our original focus and work to see what more we can discover and contribute.

Look for more from Quest as we dig deeper, gain better knowledge and insights, and share them with researchers everywhere.

‘Data Degradation’ was first presented at the Quirk’s Virtual Conference on Feb 23rd, 2021. Round 2 was first presented at the IIEX Behavior Event by Greenbook. A downloadable copy of the presentation video (round 2) can be accessed by emailing Moneeza at mali@questmindshare.com. For further information, slides or any questions, please do contact any of the following:

Scott leads a Quest team focusing on B2B research, especially for EU clients. His more than 30 years of market research experience focus on quantitative survey research, with particular expertise in questionnaire design, sample plan development and data collection techniques. Scott has also taught at the university-level in the U.S. for more than 20 years, notably for UC Berkeley (market research post-undergraduate courses) and for the Masters in market research program at Michigan State University.

As Quest’s managing partner and with over 25 years in the industry, Greg co-founded Quest to deliver a viable, trustworthy data collection and insights experience for brands and businesses alike. A passionate voice behind the need for the industry’s technological evolution, Greg’s vision and relentless drive to build Quest into one of the premier providers of quantitative sampling, online research and technology is only matched by the skill, professionalism and dedication of the best team in the business. 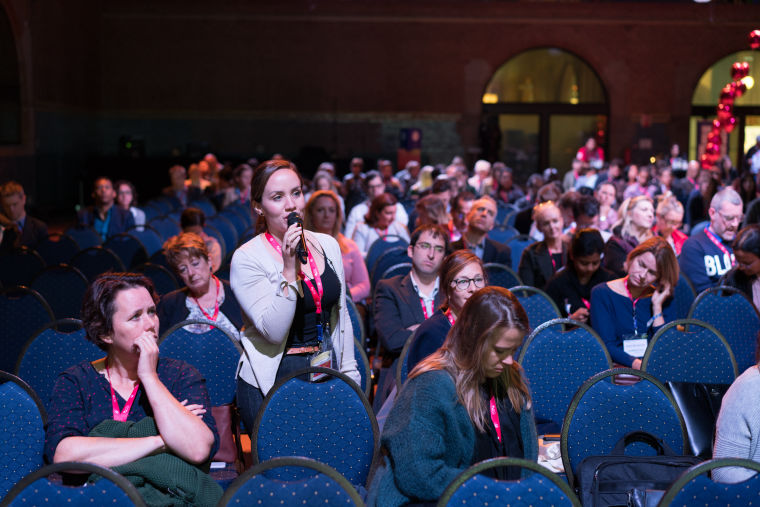 Respondent Engagement: The Quest for the Holy Grail of Research 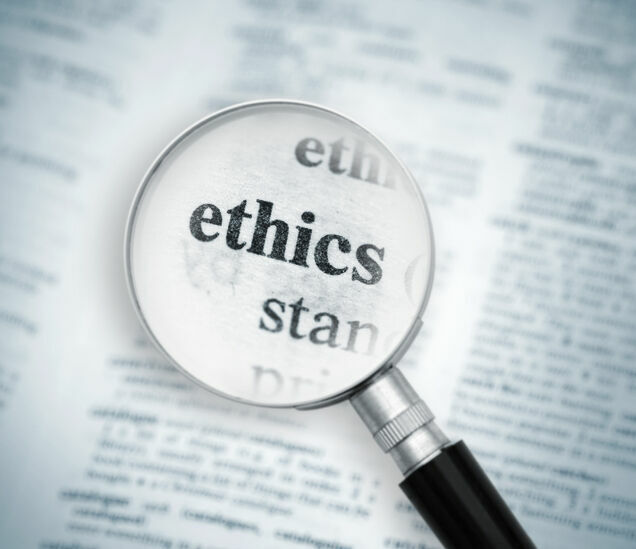 The Importance of Ethics 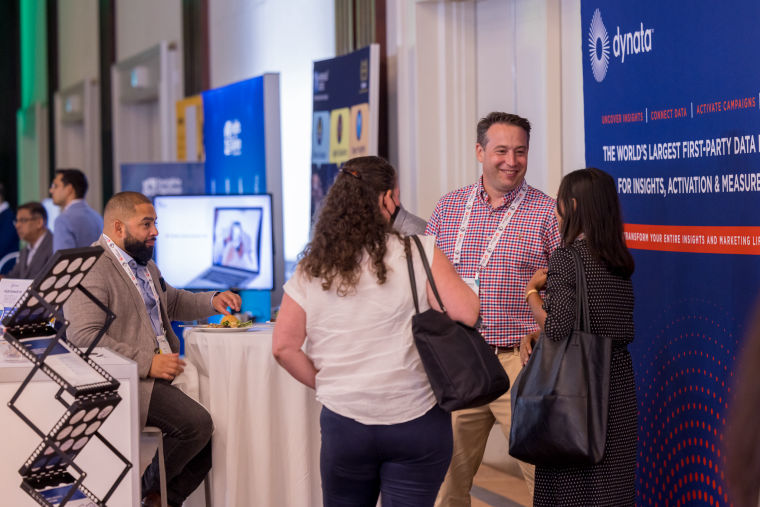