"Change" is a word that has recently gained wide currency. The only question is whether it is change that has accelerated, or perhaps the narrative of constancy, largely supported by marketing matrices popular in global communication, has crumbled? 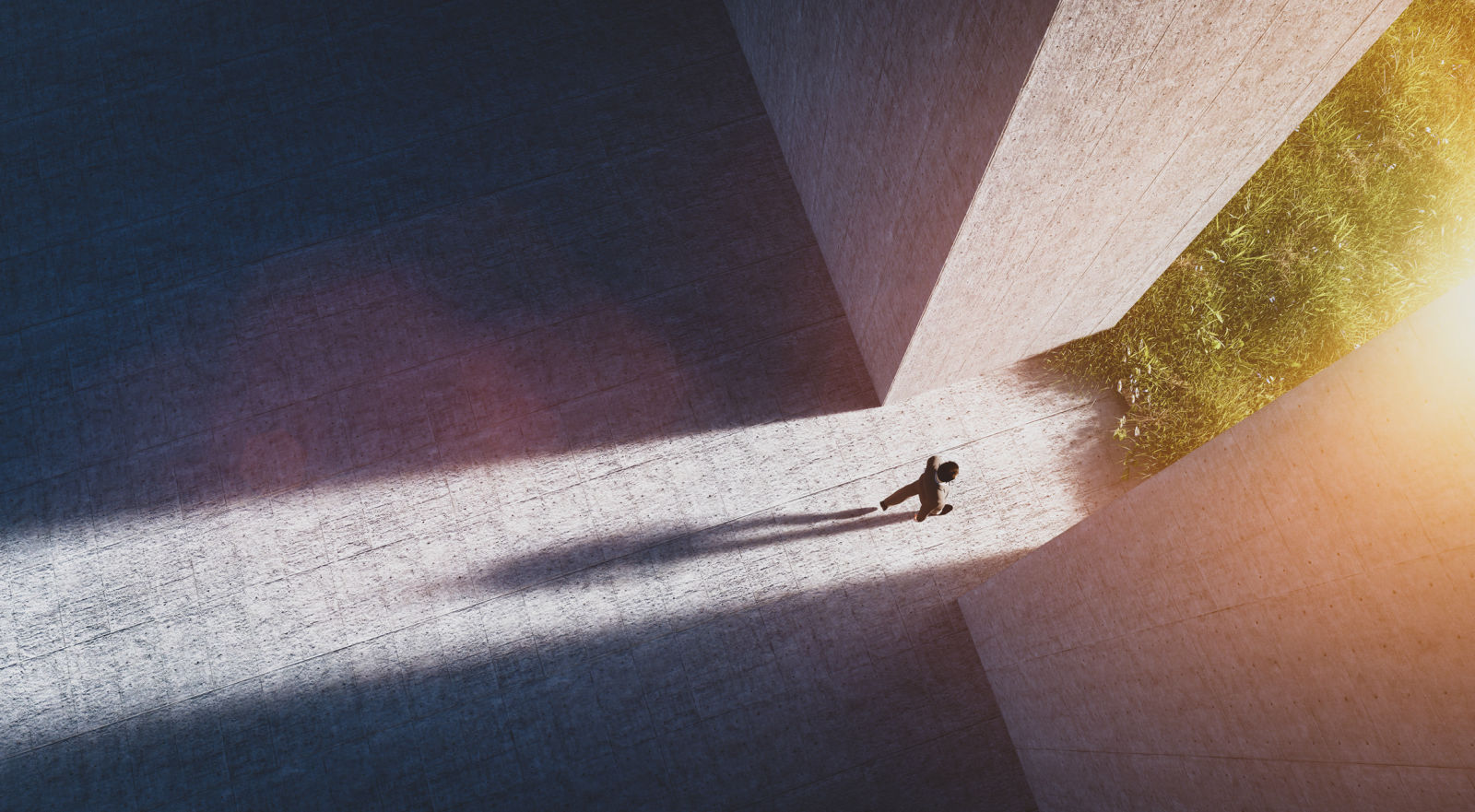 For anthropology, observing change is actually the crux of existence. However, change has become the subject of widespread consideration and an increasingly important aspect of business. We entered the narrative of change even before the start of the COVID-19 pandemic. Cracks began to appear in the constancy attributed to the period of economic prosperity or other more or less established social, political and economic contexts. We have been surrounded by a narrative of change, challenge, disruption and all-pervasive innovation. On the one hand, a specific change paradigm has emerged, taking deep root in business and marketing. A structured approach has been developed to managing organisations through change, with the observation of trends and forecasting possible future scenarios. Start-ups are formed in increasingly faster design sprint processes. Obviously, they are managed in an agile way and iterated almost overnight so as not to miss any fresh need or competitive threat.  On the other hand, we have started to feel increasing concern about being passive and susceptible to the effects of changes taking place in the surrounding world.  Interestingly, the English acronym VUCA, which became widely popular in recent years, was coined back in the 1980s at an American military university.

The term was originally used in the military, and it gained more attention after the September 11 attacks. I remember a friend telling me in an after-school football training that the United States had been attacked, an idea that I found inconceivable at that time. However, it is worth noting that a rather short personal perspective played a vital role in that reaction. By putting the event in a broader historical context, our surprise will probably be smaller. In practice, I experienced this when doing ethnographic field research during my studies, when one of my elderly interlocutors in the Vilnius region remarked with disarming nonchalance: “Who knows what country I'll live in tomorrow”. Whereupon she added: “I remember when Poland was here, then the Russians came, then the Germans and the Russians again. Next, Lithuania came into being. Now we have the European Union, and who knows what will happen tomorrow”. Faced with this argumentation, it is actually hard to make a point about the stability of borders, alliances or geopolitical order. In the present political situation, the above example may not be so vivid anymore, but back then, it strongly influenced a shift in the perception of permanence and change.

The End of History and the Last Man

This year marks the 30th anniversary of the publication of the book “The End of History and the Last Man", in which the American political scientist, philosopher and economist Francis Fukuyama proclaimed the end of history. With the collapse of communism, the world was to achieve the best possible order immersed in liberal democracy and a market economy. It was an extension of Fukuyama’s earlier concepts, which had been criticized before, but also had many enthusiasts. Especially in young democracies, Fukuyama enjoyed the status of a star, as the unifying vision of globalization supported the idea of entering a new era of climax and stability. This also strongly undermined references to prior experiences, even despite increasingly easier access to records, various archives and information. And yet we are at a time when people have a mass of information and data available online at their fingertips, including in the form of photo and video records. A quick glance at the black and white photos of the Spanish flu pandemic is enough to notice that the widespread use of facemasks was something that happened before rather than a solution that dealt a severe blow to human rights. Nevertheless, in purely cognitive terms, people tend to lend greater value to current events, imparting an air of uniqueness to them.

Technology provides particularly striking examples in this context. In this case, the visibility of change is much more noticeable than in social issues, which tend to take place somewhat in the background. Not without a reason, people talk about “new technologies”, which initially often arouse distrust, questions and even staunch opposition. It is enough to look at the ongoing discussion about 5G, with all those different conspiracy theories, protests or even the burning of masts with transmitters. Despite the emergence of various technological changes, the response model tends to be recycled. This even relates to the most forceful reactions. Just like in nineteenth-century England Luddites would destroy power looms that introduced a new production technology. In twenty-first century England, 5G masts get destroyed as people fear for their health. A quick glance at the most popular search phrases on Google is enough to see that despite extensive information campaigns about 5G, many questions linger about the security of the technology, e.g. “what is 5G risks", “5G why harmful", “who controls 5G”. If the new technology that has been rolled out for long now raises such concerns, it is no wonder that we have many negative narratives about the common COVID-19 vaccination, which has emerged only recently. Unconfirmed rumours or even conspiracy theories become a simple and convenient tool for organising the world at a time when official communication channels fail to provide sufficient information. French anthropologist, the foremost exponent of structuralism, Claude Levi-Strauss, when referring to man’s inclination to mythological thinking, used the word “DIYer" (French for bricoleur), admiring people’s ability to describe and define the surrounding world using the available tools. In the indigenous communities, he observed, the world was organised and explained using, for example, plants, animals or well-known places. Today we treat mythology as a relic. But this does not mean that we are alien to mythological thinking and that we order reality solely based on current scientific articles. What is important is the cultural perspective, which does not shift so fast, regardless of what is happening around us. This is evident, for example, in the attempt to implement effective remote work, which is not only about ensuring appropriate infrastructure for working in the cloud but also about getting the whole work culture right.

What conclusions can be drawn from defensive responses to novelties? Contrary to flashy headlines, people do not change that much or that quickly under the influence of new technologies or new situations in general. When David Mattin, from Trendwatching, a firm that, as the name suggests, deals with watching trends, started his own newsletter, he quite aptly titled it New World Same Humans, which reflects the essence of the matter very well. Furthermore, the current changes we are facing are also not as unique as we like to think. They simply shook the certain stability construct, which, with the support of global communication strategies and pop culture, acquired strength on a massive scale. Meanwhile, coping with change still requires us to consider the matter in cultural terms, define it within the framework of the surrounding world and take into account different local contexts. Support for the process of taming the new reality by brands may be quite helpful here. And by that, I do not mean publishing RTM posts on social media, celebrating another fad or hype, but thorough consideration of the matter we might be confronted with when addressing the issue of climate challenges. Now, what both researchers and marketers can do in these circumstances is, on the one hand, to segment the ongoing changes in terms of the durability of their impact and, rather than build sharp apocalyptic narratives, try reading signals and help in embracing and responding to change.

Finally, it may be fitting to quote Heraclitus of Ephesus, who said, “The only constant thing in life is change.” For many of us, this message struck home very hard due to the pandemic. However, you will be well advised to look at change with moderation, bearing in mind that this very current phrase dates back around 2,500 years.

Founder of Data Tribe - a Warsaw based strategy and research boutique. Netnographer and trendspotter with wide experience in marketing and PR. Seeker for new ways of qualitative research in the Internet. 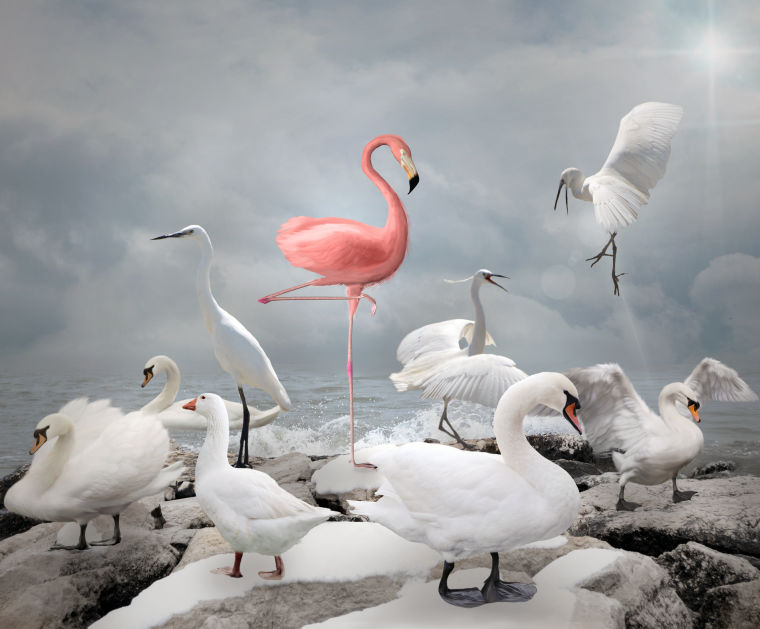