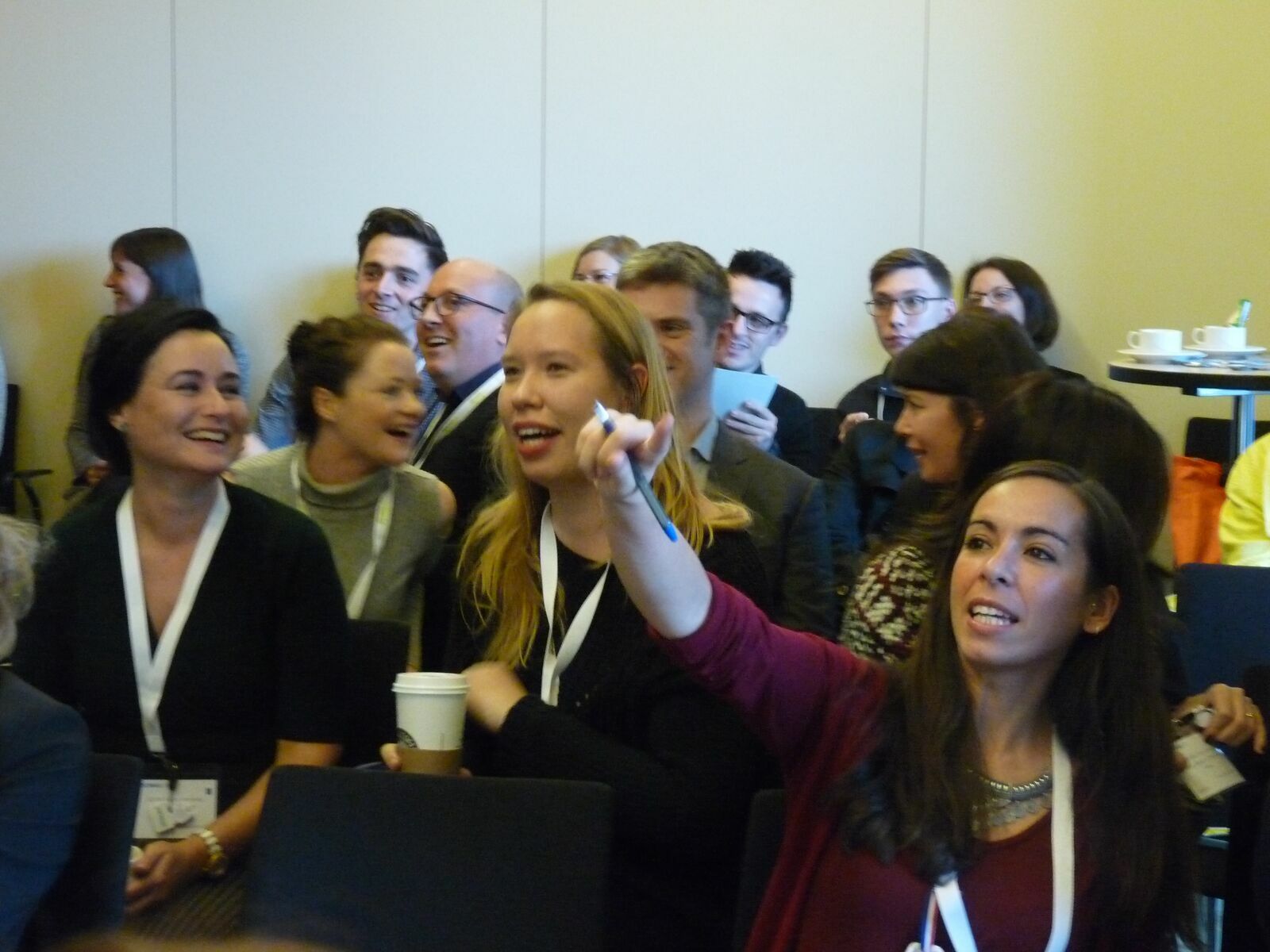 From our phones to our television screens, via social media, blogs and traditional advertising - more brands are vying for customers’ attention than ever before. The problem is that while it’s never been easier to get your message in front of potential customers, it’s never been harder to make yourself heard.

Amidst this cacophony of competing voices, being able to stand out from the crowd is vital. But cutting through the noise isn’t necessarily about who can shout the loudest, it can often be about who can forge the most genuine connections with their customers.

The most sophisticated brands are tapping into behavioural science to ensure their marketing and design builds emotional and resonant connections with their customers. And it’s working. A human-centric approach to marketing has been proven to produce more effective results because it leaves a long-lasting memory, builds customer loyalty and increases engagement. One recent study also found that emotionally connected customers are up to 52% more valuable than fully satisfied customers.

So what are these connections and how can brands build them?

People are irrational, embrace it

While we like to think of ourselves as rational, autonomous, beings we are fundamentally wired for emotional reactions and non-conscious influences. These reactions and influences tend to act as a form of shortcut that overrides our “rational” brain driving action and decision-making in the process.

In a world that never stops, we often use these short-cuts and unconscious, in-built, processes to make decisions. Far from being something to shy away from, brands need to embrace this inherent “irrationality”. Indeed, by understanding why and how people make the decisions they do, we can then work with or against them to craft communications that get the right result.

Our recent campaign with Gas Safe Register is a good example of how behavioural science can be used to drive action among an audience.

By law, all gas engineers qualified to work safely on gas appliances must be on the Gas Safe Register. Choosing an unregistered engineer means no guarantee the work will be safe, putting families, homes, and even lives, at risk.

Yet, we know from research many people who need a gas engineer do not check the register as a first port of call to make sure their engineer is qualified. Instead, they rely on recommendations from other sources they trust such as family, friends and trade websites.

It’s not a logical decision. Logic would dictate that for something as potentially dangerous as having an unqualified engineer service, fix or install your gas appliance at home, you would take one minute of your time to make sure they were Gas Safe Registered. So why doesn’t everyone do this? For several reasons… some lack the knowledge of what a gas safe engineer is vs the engineer they’ve used before. Others may inherently trust a friend’s or families recommendation. Others may simply assume that, in the absence of any catastrophes to date, the engineer they’ve used previously is clearly safe enough. Some may simply underestimate the chances of something going awry... plus a range of other reasons. So how do you bring about a change in this behaviour and encourage someone to check their engineer is registered, no matter how they find them?

A starting point in applying behavioural science to campaigns is focusing the question on specific behaviour changes the client is targeting. This is suitably followed by understanding the current behavioural landscape… What are people currently doing? How are people behaving differently? What is driving and influencing this behaviour? Which segment(s) do we wish to target?

Using empathy journey mapping and our behavioural science capability, we identified a range of behavioural forces at work driving how somebody chooses an engineer. Most crucially, however, we realized that, based on the decision-making process currently taking place amongst our target audience, we should focus on working with these behaviours, rather fighting an uphill battle against them.

We needed to change the behaviour and encourage people who needed an engineer to check the register as the first step. It felt like a big ask - especially since the need for any engineer would likely be urgent, and a huge step change - especially for an important but low interest topic.

So instead of attempting to create new behaviours, we built a campaign strategy that focussed on piggybacking existing ones. That meant we focussed our efforts on later stages of the decision-making process when there is a reflective element of decision-making. It’s a subtle shift that added up to a big difference. And by encouraging customers to check their engineer is on the Register, no matter how they found them, we were able to utilize their behavioural triggers, rather than fighting against them.

Getting personal without the personalisation

Of course, the very act of building better connections by delving into peoples’ emotions and behaviour is inherently personal. This is something that understandably causes some consternation. After all, there’s a fine line between understanding your audience on a personal level and violating their privacy - a line that some high-profile brands have recently found themselves on the wrong side of. Additionally, the idea that someone else, whose interests might not be fully aligned with our own, might know us better than we know ourselves is rather uncomfortable to sit with.

That’s why it’s so important for brands to understand the difference between personal and personalisation.

The mountains of data that we have access to today are a vital resource to better understand our customers, however, all too often brands use them as a shortcut in their attempts to build connections.

It’s why ad campaigns that scrape consumers’ data in order to deliver them personalized messages often have the opposite effect to the one that brands might have desired. Dubbed “Creepy Valley” it’s a school of advertising that’s intrinsically data-driven. And consumers are wise to it. Why? Because there’s no algorithm on earth that can recreate the subtleties of human connection.

The key to getting these emotional connections right is empathy. That’s because empathy is genuine, it’s something that’s truly human and as such, can only be created by developing a true human connection with your customers. There are no shortcuts that will help you to achieve that. Instead, you can only achieve empathy by taking the time to understand not just what people are doing by why they are doing it.

A recent COVID-19 safety campaign we ran with rail operators Southeastern shows how simple and compelling messaging can create greater empathy and humanize your brand at the same time.

The goal was to raise awareness of the additional cleaning and safety measures the company was taking to make stations and carriages COVID-secure. However, in order to create a message that passengers could trust, we first needed to understand them and empathize with their experience.

If you think about it, waiting for the train on a cold and wet station platform is never the most appealing prospect. Add social distancing, mask-wearing and hand sanitising into the equation, and traveling by rail becomes quite daunting.

In order to stand out from the crowd, we created a campaign driven by empathy and a desire to create a genuine connection with customers. The key tactic was to be upfront and transparent about customers’ concerns, tackling them head-on with reassurance and warmth.

We created trust by sharing very specific details about the measures that were being taken to keep passengers safe, then built a rapport with customers by using genuine language and a conversational tone that demonstrated that Southeastern “get it.” Rolled out across radio, station posters, and digital assets, the campaign was hugely effective - generating an increase in passenger trust at a time when the rail industry was facing one of the biggest challenges in its history.

Whether you’re looking to build trust during a global pandemic or help customers to make safer choices when it comes to fitting appliances, the one commonality across all advertising and marketing campaigns is people.

Despite the explosion of data in recent years, ours is still an inherently human business. It’s about people and for brands to succeed they need to truly understand those people. That’s where behavioural science can help. As we’ve seen, it’s not only a tool to help us learn about our customers, but also to build genuine connections with them. 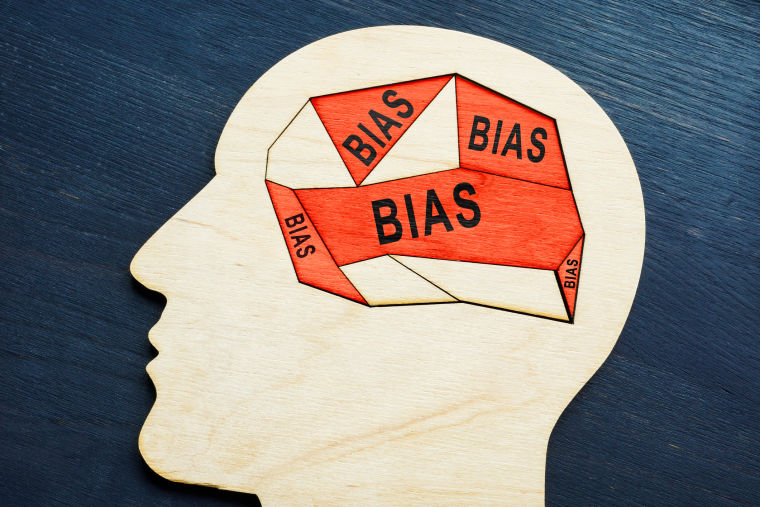