The importance of Diversity & Inclusion

Jan Gooding,President of the Market Research Society, Executive Committee Member of Women in Advertising London and a Fellow of the Marketing Society 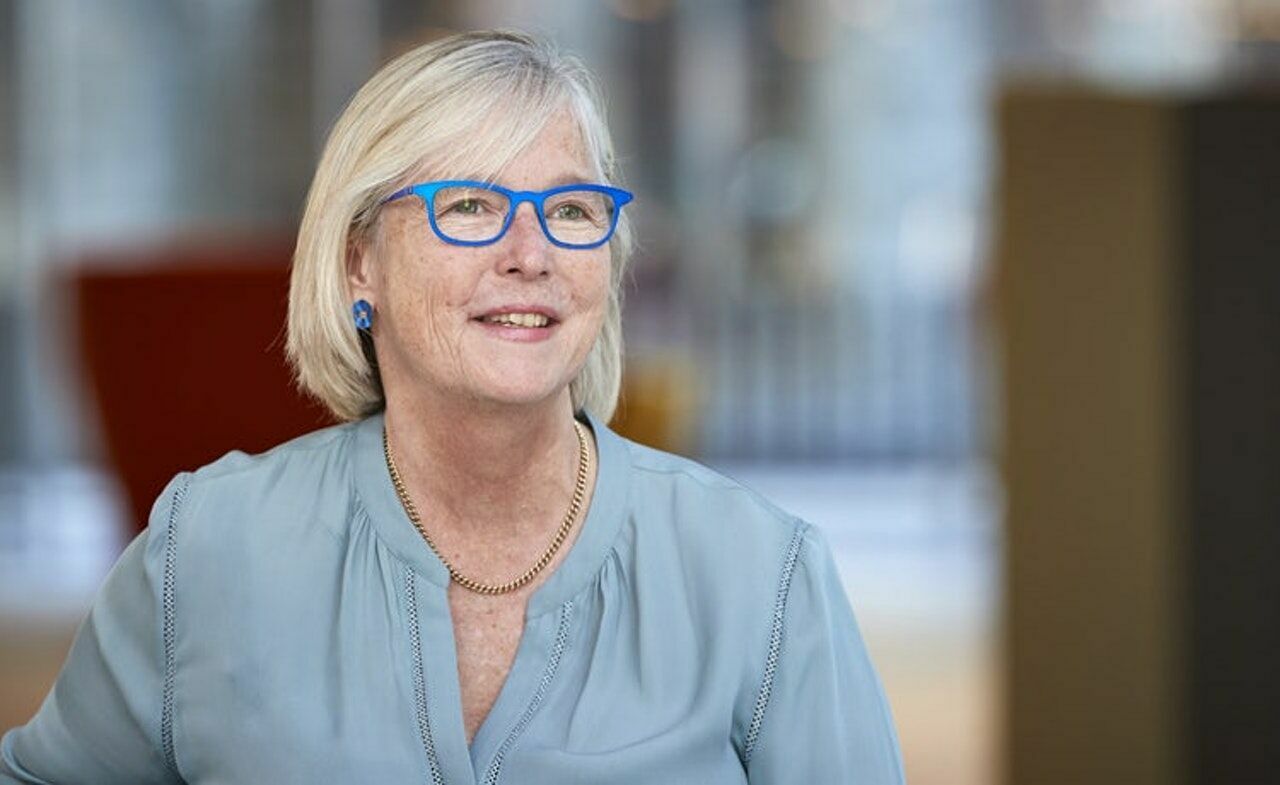 This edition features Jan Gooding, a practitioner who knows our profession like few others, as President of the Market Research Society, Executive Committee Member of Women in Advertising London and a Fellow of the Marketing Society. I spoke to Jan to discuss the value of diversity and how organisations can further engage and embrace it to enhance their performance.

Jan, you have been Global Inclusion Officer of Aviva and Chair of the Trustees at Stonewall. What sparked your passion for this area and why do you believe it is so fundamental for innovation and leadership?

I had been married for 16 years, with two sons, when I fell in love with a woman. I soon discovered that how you are received at work as a lesbian or bisexual affects your ability to perform. I got a job at Aviva the same year and was advised to hide my sexuality. It was well intended but completely wrong.

For a year I experienced the exhaustion of constantly mentally editing what I said about my personal life. In the days of working from home and Zoom it would be even more of a concern. I worried about people finding out I was gay because I was open at home. It affected my performance at work because I wasn’t myself. I was reserved, I didn’t laugh, I was formal in my interactions, and I didn’t feel at all creative. So I came out at a team meeting and have never looked back. That experience gave me an insight into what is meant by authenticity. It demonstrated that companies have to demonstrate that they are safe spaces in which people can reveal themselves, their thoughts and ideas without fear of repercussion. The more people feel able to be themselves, the better work they will do and the happier they will be.

Diversity and Inclusion means different things to different people - how do you define this in a business context?

Diversity usually means difference in identity and lived experience as well as thought.

Inclusion is the extent to which people are invited to be themselves and share their ideas.

The Insight250 awards are keen to be as diverse and inclusive as possible - we’re currently working on securing the 2022 judges from all continents, across agencies, enterprises, academia, and associations and ensuring we represent different methodologies, ages, ethnicities and outlooks. We’ve also translated the nomination form into multiple languages to make it as accessible as possible.

What three key things would you recommend businesses who want to embrace diversity and inclusion prioritise?

You need to know where you are starting from and monitor progress, so having good data about your people is fundamental. It can be quantitative or qualitative but it needs to be sensitively handled, with independent professional advice underpinning your approach and confidentiality protected.

Just as with any other business issue you should be setting targets, and expecting the leaders in the business to deliver results. With consequences if they don’t!

You have to invest properly to provide resources. Too often this is treated as something done as an extra-curricular activity by volunteers instead of a core business driver.

Diversity and inclusion are sometimes wrongly seen as a cost of business rather than a revenue driver - how should we change this mindset?

Having an inclusive culture and diverse workforce is simply the right thing to do. It benefits everyone. People have spent years ‘making the business case’ and demonstrating that organisations that are more diverse are more profitable, and yet still, progress is painfully slow. You have to have a mindset that is open to change, that believes that it doesn’t matter if you get things wrong because that’s how we learn, and that everyone will be happier and more productive if we make the effort.

The cost is change. It takes leadership to do the work, take advice, and follow it through but the rewards will be far higher than just revenue and profitability. It speaks to our own personal purpose in life and the kind of organisations we want to lead. I have always been clear about the kind of culture I wanted to work in, and I suspect most people are the same. Respect and dignity at work is important to all of us.

Can you share an example of a project or initiative where taking on board these important principles has increased success?

I think it is hard to provide examples because you never know what would have happened if you hadn’t followed such principles. However, I would point to when I worked at British Gas as their interim marketing director and my boss at the time was Chris Jansen. (Editor: Chris is the new CEO of Kantar) Everything about him as a leader demonstrated active listening, approachability, knowing his people personally, and having high standards on performance.  I felt able to tell him I had fallen in love with a woman which was causing some disruption at home, and he didn’t bat an eye. His acceptance meant that I never missed a day of work in spite of my personal difficulties. I didn’t spend a moment worrying about what he thought of me. His attitude encouraged me to be open with my team, and they in turn rewarded me by sharing more of themselves and their own vulnerabilities. My authenticity contributed to a strong sense of team spirit. Weeks later when we were hit with a demanding work schedule managing through a +30% price increase in gas prices, we all worked our socks off. I still think back to those 10 months as a happy time at work in spite of the turmoil in my private life. And I was proud of the effectiveness of the work we produced.

If Chris or my team’s reaction had made me feel awkward and inhibited, at best I would have been less effective, and at worst I would have left. After all, I was freelance with other options. Leaving him without a marketing director at a very challenging time for the business.

You are based and work primarily in the UK, in the global D&I landscape, how well is the UK doing and which countries should readers be looking to for inspiration?

I would say that the UK is working hard on D&I in progressive organisations, but is doing less well in the political sphere. Our media and politicians are in danger of importing the notion of ‘culture wars’ that originated in the USA, and I am concerned about it. My hope is that those businesses who have successfully embraced D&I are demonstrably better at attracting talent and will indeed perform better than their laggard competitors.

The UK is making good progress on gay rights, gender equality and mental health but is behind the curve on race equity, age discrimination and disability. The countries we admire, like Canada, New Zealand, Germany and Ireland are often those who have leaders who take headline grabbing stands on issues. What we know about is their attitude to immigration, LGBT rights (it is still a criminal offence to be gay in over 70 countries and a capital offence in 5) and their own colonial heritage. We notice if they have women as Presidents or Prime Ministers, we are aware of their treatment of minorities, and the extent of wealth inequality. The whole point of D&I is to foster the idea that everyone has a realistic prospect of reaching their potential. What is exciting for businesses is that they can be ahead of both society and politicians and help lead the way.

You’re President of the MRS - what role do you feel national associations have in championing the D&I agenda?

Those of us who work in national associations have two interests in this area. One is about what it feels like to be a member.  I have already outlined with respect to the benefits of working in inclusive workplaces with diverse cultures. The other is that we need to take into account how D&I influences the quality and validity of our work. Are we producing insights that are based on information that has excluded many important voices in its design? Are we serving our clients as well as we can if our own methodology and approaches are narrow-minded?

“So national associations play a vital role in helping their members work on this together, pooling resources, providing forums for discussion, developing training and education to help accelerate progress.

With British Members of Parliament (MPs) are under pressure this month for holding additional roles - and then potentially lobbying on issues related to these roles, the spotlight has fallen again on the advantages and disadvantages of holding second roles. Where do you stand on this? Does it help develop expertise or simply serve as a conflict?

I think being a member of parliament is a full time role, and is remunerated as such. There is a difference between having 'other interests' and being paid to do a second job. MP’s are law-makers and are there to represent the interest of their constituents, not organisations who have paid them for their influence. It is a clear cut conflict of interest in my view. It doesn’t stop them performing roles in service to the community that might be over and above being an MP. A good example would be MPs who also work in the NHS as doctors, but even then there should perhaps be a limit on the number of hours spent. I would personally increase MP’s salaries to match those of senior civil servants and abolish second jobs.

What is your top tip for readers?

When people disagree with you, remember that they might have a point.

Thank you Jan for such an open, honest and insightful perspective. A huge amount for everyone to reflect on and clearly there is still much more for us all to do to champion the importance of this area … I also particularly like your top-tip – so true. Thank you again for taking part in the series. 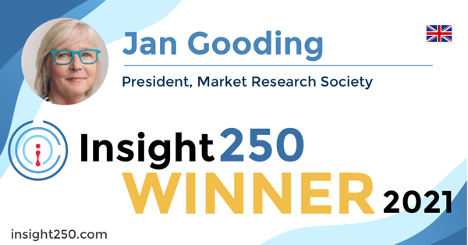 Jan has over 30 years of experience in marketing, advertising and using research to drive strategy. She serves as President of the Market Research Society, Chair of the Publishers Audience Measurement Company, an Executive Committee Member of Women in Advertising London and a Fellow of the Marketing Society. She was also honored with The Drum Lifetime Achievement Award. The value of diversity