Different reactions to the pandemic 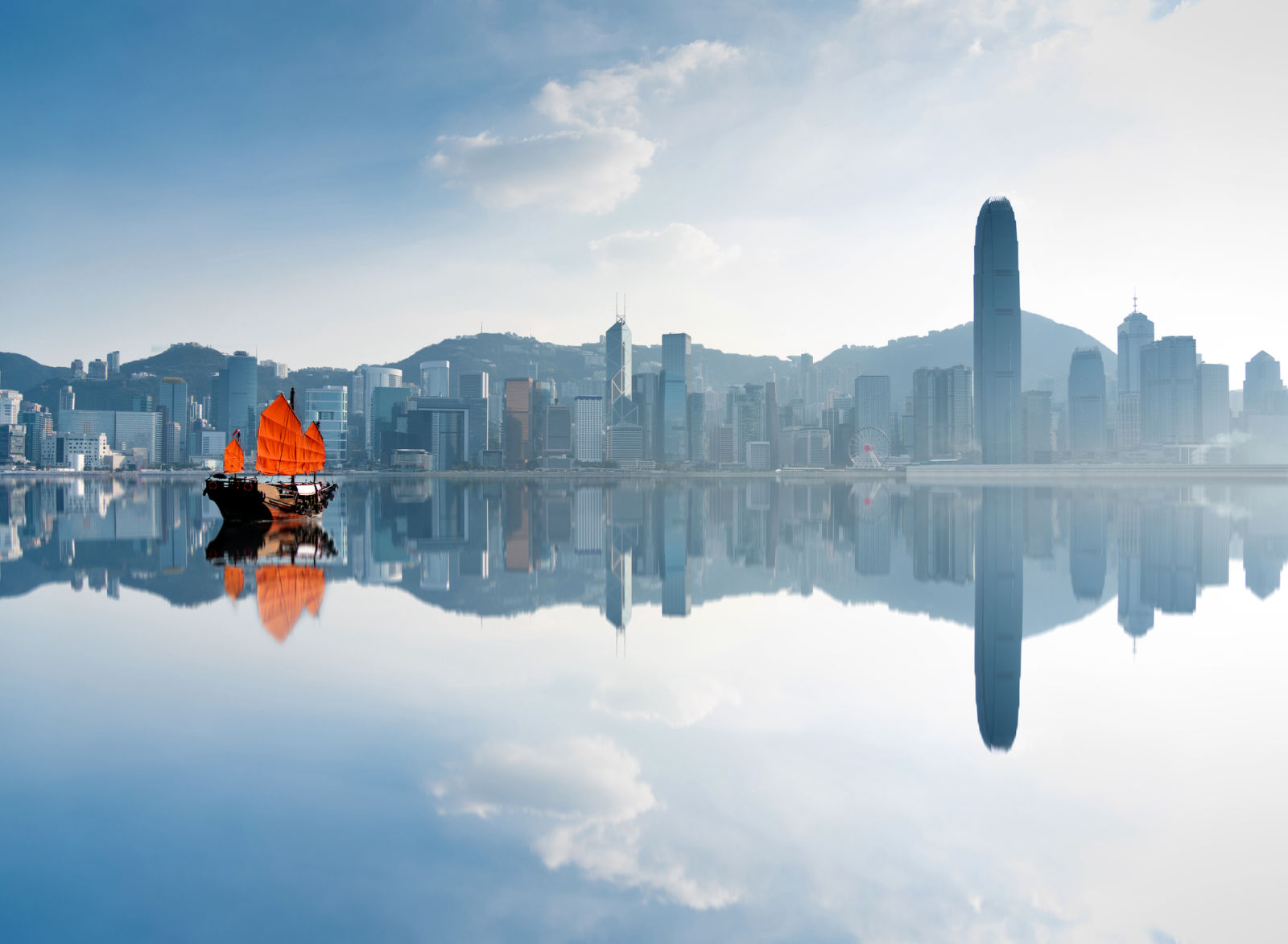 This article looks at the results of ESOMAR's Global Market Research 2021 report, probably the most comprehensive overview of the state of the insights industry around the world to guide your business investment plans, identify growth opportunities, prepare your mergers and acquisitions, and support your insights projects, academic theses, market studies, and ads.

The characteristic diversity of the Asian Pacific economies became most apparent when facing the uncertainties of the deep crisis caused by COVID-19. While in overall terms the region seemed to have fared relatively well with an absolute growth of +2.4%, or 0% net during 2020, a look at each individual country shows just how unequal the impact of the pandemic was.

This estimated growth rate is arrived at by the addition of two elements. On the one hand are the responses provided by the region’s countries, which jointly report a drop of 4.0% in net terms. On the other is the estimated total size of the industry by ESOMAR, which softens this picture with the positive performance of the tech-enabled sector and estimates the mentioned 0% growth in net terms for the overall insights industry in Asia Pacific. ESOMAR’s Global Market Research 2021 report offers a more in-depth look at these figures.

Only 3 markets managed to report positive net growth in 2020 –China, South Korea, and Mongolia– while virtually all expect a swift recovery in 2021. In the first two cases, very early response and strict ongoing measures to contain the spread of the pandemic allowed these countries to return rather quickly to a relative sense of normalcy. Furthermore, their experience of having dealt with other pandemics in the recent past helped them to reactivate the necessary measures very quickly. In all three cases, however, one element seems to have fuelled market growth above others, namely: government spending. 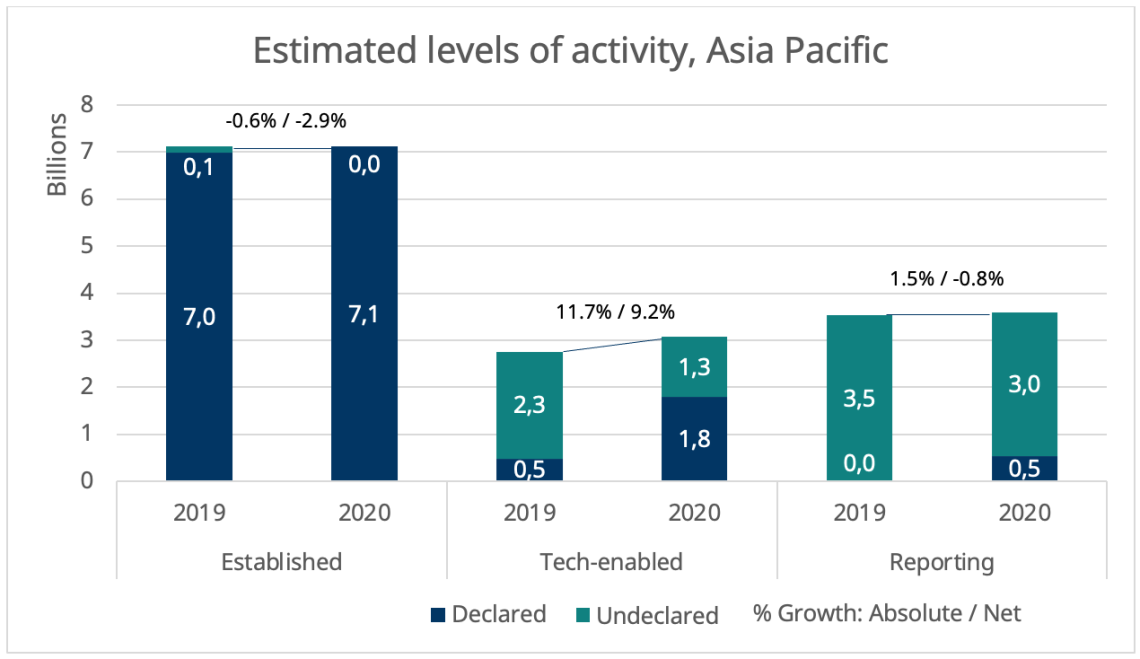 China experienced substantial growth in government outsourcing during 2020, which allowed for this new figure of increased spending to be available for assessment, and to be included in our measure for previous years. In total, the country reported a net growth of +3.4% in 2020, followed by expected growth of +5.0% for 2021.

In South Korea, an increase in the level of public spending helped maintain levels of output in an economy that, unlike that of many other countries, had seen a relatively small impact of the pandemic. As such, the country reported a positive net increase of 1.3% in its insights market in 2020 and expects to continue the positive trend with a net growth of +3% in 2021.

Lastly, the relatively small size of the Mongolian market saw a substantial inflow of capital from government contracts after a year of elections. The increased spending on polling, opinion and the subsequent research commissioned by the elected government in 2020 pushed growth to almost +11% in net terms expected to have remained throughout 2021.

Like in other regions, most spend growth was channelled to tech-enabled solutions, even if in general lines countries also increased the use of online questionnaires as well as CATI methods of research – both considered established. While the established side of the industry experienced an estimated negative net growth of 2.9% and the reporting activity failed to show a clear steady growth (-0.8% net), the technology-enabled industry carried the impulse of the industry and declared an estimated +9.2% net growth.

Aside from these considerations, only 8 out of 24 markets managed to avoid double-digit declines in net output in 2020. These were, mostly, the largest markets in the region, oftentimes acting as “hubs” from where multi-country research is conducted – China, Singapore, India –, as well as beacons of technological progress – Japan, Australia, South Korea. Conversely, 2021 is expected to encounter up to 10 markets positing double-digit positive growth rates, undoing much of the shock brought about by the pandemic. 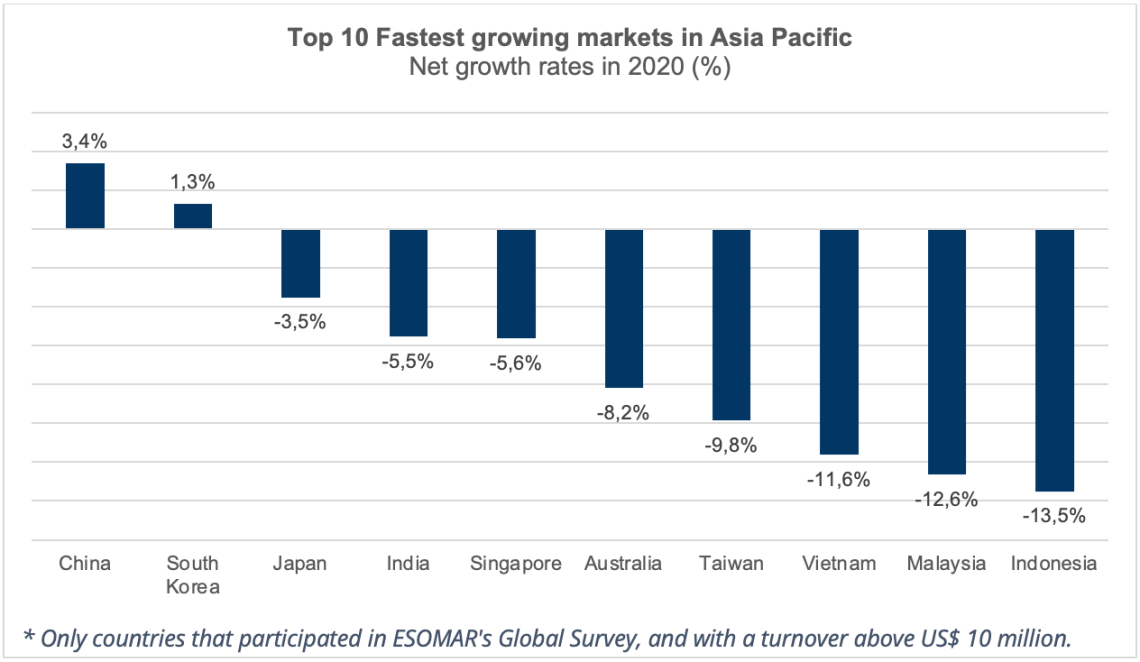 Indeed, if forecasts are correct, the world may witness a rebound of the industry in Asia Pacific, spearheaded by the tech-enabled industry, with an expected net growth of +11.3%, followed closely by the established sector, with +7.7%. Added to this promising result is the reporting side of the industry, with an expected net growth of +3.5%, and 2021 may end with a net growth for the regional industry of +7.4%.

This expected growth, however, may not signify the return to pre-pandemic levels of output for many of the region’s countries, demonstrating a worrisome collateral effect of this – and any – crisis: that the disproportionate impact on the most fragile countries will take much longer to heal, thereby widening the breach between the world’s economies.

What’s the lever for growth nowadays?